I work mainly on data protection/privacy and other data and technology-related issues, particularly security and international transfers, including in the context of cloud computing (all flavours). However, I'm fascinated by most of the legal issues thrown up by the Internet, IoT, AI/machine learning, blockchain and other new or emerging technologies, including of course the regulation of technology - so I'm following developments like the EU Digital Services Act package with great interest.

Lawyers and scientists/technologists tend to take very different approaches to technology and technology law, partly because of differences in mindsets/culture, and partly because unanticipated communications gaps may arise from their sometimes using the same words for different concepts, and different words for the same concepts. I would very much like to help to bridge that divide and to encourage a multi-disciplinary, collaborative approach to both technology and law, including law-making. I am also passionate about bridging the divide between theory and practice that can occur too often in law. An impossible task? - it might seem so, but one reviewer noted that my first solo book brought '...an unrivalled level of accessibility to the table, whereby explanations are technical enough to satisfy those in academia and practice, but also, are succinct enough to take it beyond the niche of specialists. It is a text which exerts a key quality often missed in books of this nature and it is refreshing to see that intellectual stimulation and practical accessibility are two compatible concepts which can coexist...' (Daniel Davenport, European Journal of Law & Technology (EJLT), Vol 10, No. 2, 2019).

Please scroll down beyond my contact details for my summary bio.


Contact details (or scan the QR code on the right)

Email: send email to my first initial only (not surname) at this domain name
Blog: https://blog.kuan0.com
LinkedIn: https://www.linkedin.com/in/wkhon
Twitter: @kuan0 (though I rarely tweet these days)

Some very nice things that kind people have said about me or my work. See also the Presentations page for comments on some of my presentations.

I'm a high mezzo, and sing second soprano with choral and opera groups such as the BBC Symphony Chorus and London Symphony Chorus (see "Never to Forget", Howard Goodall's moving tribute to the first 122 UK health and care workers who lost their lives to Covid-10, and the beautifully assembled video of Mozart's Ave Verum Corpus involving LSC and other choirs - both works recorded by choir members and instrumentalists individually at home during lockdown). My zenith being Annina in Verdi's La Traviata with Hampstead Garden Opera, and most of the Woman 1 numbers in Sondheim's Side by Side with All Star Productions. Two left feet and an inability to pick up choreographed dancing as quickly as it's demonstrated mean that I no longer attempt any musicals!

According to family lore, my surname in Chinese 韓, and a copy of a handwritten book that my grandfather took with him when he left China about a century ago, we're directly descended from Han Dynasty general Han Xin - a great military strategist, who was even a king for a year. I'm not sure how that's possible because, according to the public histories, when the empress ordered his execution his entire family was also executed - which unfortunately was not uncommon in those days. But if anyone has a copy of a similar book (sadly my father lost my grandfather's copy), or knows of any great escapes that weren't recorded in the public histories, I'd love to hear all about it! Despite all that, English is my first, and effectively only, language. I could speak Mandarin, Cantonese and Hokkien from age 1 but sadly, since starting kindergarten at age 4, where everyone spoke just English, I gradually lost all my Chinese-speaking abilities. I remember very clearly waking up one day, when I was about 6 to 8 years old, and thinking: "Oh, I'm dreaming in English!". Re-learning Mandarin someday is on my bucket list. 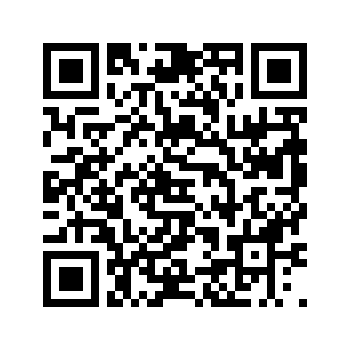